Ahoy, fellow Rick and Morty fans! Welcome to my guide to the best Rick and Morty Show’s Funko Pop figures! I will struggle with keeping this short and sweet because there are soooo many unbelievably awesome Funko Pops, and I feel pretty confident that I haven’t even seen them all. Rick and Morty have been among my favorite characters from any show for a long time.

As a parent to a five-year-old boy who absorbs all bad words like a little sponge, I must be careful when I watch Rick and Morty! I don’t think his kindergarten teacher would be too impressed with the lovely and creative things said on the show!

It’s bad enough that he knows about Mr. Meeseeks. If you want to see the complete list of Rick and Morty Funko Pops, check this link.

Why I Choose These Pops

Of course, my favorite is Pickle Rick with Laser #332. The Pickle Rick episode is, by far, one of the most disturbing and creative episodes of any show I’ve ever seen. I love that episode and all of its gruesome glory!

This Pop is exceptionally detailed and looks great for a pickle wearing a King Rat spine with connected arms and legs. In addition, it is affordable and not super hard to find.

Can you handle this?! I’m pretty sure I can’t. Mad Max has always been a big deal in my life, and this Mad Rick, with his crazy tank car, has got to be one of the best Pops I’ve ever seen!

This hilariously brilliant Mad Max Rick is from the “Rickmancing the Stone” episode, where we see Summer, Rick, and Morty in a post-apocalyptic world having a swell adventure, basically living in a Mad Max spinoff.

In this episode, Rick is furious to find that the personal toilet he’s built for his own use in an idyllic world is being used by an alien. Rick then enters an unlikely and toxic passive-aggressive friendship with the alien and finds himself feeling empty when he dies. This wonderful Pop shows Rick sitting sadly on his throne-like toilet after the weird alien dies.

Buzzzzzzzzzz… nothing to see here, just good ol’ Rick getting his waspy business on! In this episode, a cloned version of Rick shows up in his garage and makes a Hail Wasp Hitler move which shocks wasp Rick, so the clone is invited to dinner, where wasp Rick explains what complete @ss%oles humans really are to the clone and wasp family.

Snowball has it fairly rough being the dog of this bizarre family of weirdos. Snowball has officially had it with their nonsense when he becomes Exoskeleton Snowball because they wanted a more intelligent dog that would do things for them like a maid, Snowball rebels and goes crazy!

This is my absolute favorite episode! No matter how often I watch it, it always makes me laugh hysterically at the not-okayness of the show. Rick turns himself into a pickle and realizes he will miss therapy, so he goes above and beyond to correct the situation.

Pickle Rick kills the Rat King and uses his spine, arms, and legs to maneuver the sewer and finally changes back to human Rick and is found walking on the side of the road naked in true Rick style!

We all came to know and be disgusted by Scary Terry in the Lawnmower Dog episode. This endearing Freddie Crugger look-alike can’t seem to speak without saying b!t#h at the end of everything he says. However, he is also very self-conscious and constantly worries if he’s scary enough.

Who doesn’t love Mr. Meeseeks? He wants you to be happy. “I’m Mr. Meeseeks! Look at me!” Meeseeks are creatures created to serve only one purpose for which they will go to any length to fulfill. After they serve their purpose, they expire and vanish into the air.

Kind of sad, right? These strange little guys won’t die regardless of having their heads cut off, being set on fire, or obliterated in some other amusing and creative fashion. They will live until their duty is fulfilled. Plus, Mr. Meeseeks is super cute when he’s the little bald happy man.

Here we go again with Mr. Meeseeks. This version is the disgruntled Mr. Meeseeks. They go mad when Meeseeks cannot fulfill their duty and then cease to exist. This Meeseek has been around too long and has gone to the Darkside to become insane and scary.

Meeseeks hate living and just want to do the one thing they were brought out of the box for and then die, well, cease to exist.

Remember one episode where the Meeseeks turned on Jerry and tried to kill him? Those Meeseeks kept pushing the button on the magical box to make another Meeseeks appear, and then they started trying to fight and kill each other. Meeseeks are hilarious and a little deranged.

Young Rick was filled with kindness and love. He had a beautiful wife named Diane and a sweet little daughter named Beth. He loved science and experimentation just like crazy drunk Rick, but he decided to stay when he discovered a way to use teleportation. This discovery of teleportation brought a Future Rick from a portal, but this Future Rick was crazy and drunk.

When Future Rick realizes Young Rick doesn’t want to come along on his interdimensional quest for weirdness, he becomes enraged. Future Rick blows up Young Rick’s home hoping to kill him, but instead kills Young Rick’s wife and daughter.

Young Rick is devastated and mourns their death for an unknown amount of time before creating a portal gun and promising to avenge their deaths. That’s how Rick got to be the rude, drunk, insane but brilliant version we see today.

This crazy Birdperson helped Rick have a little fun after Future Rick destroyed his world. Together they formed a band called the Flesh Curtains (insert lots of laughter here) along with Squanchy, the disgusting cat thing. These three characters formed the core of the resistance against the Galactic Federation, fighting together in the Battle of Blood Ridge.

After winning the battle, Rick hoped that Birdperson would join him in his adventures throughout the multiverse, but Birdperson refused. Rick was sad but continued his quest to find the one who murdered his family. Later, when Birdperson dies, he is resurrected as Phoenixperson, the cyborg, by the Galactic Federation.

This vile cat person has orange fur, a tiny blue nose, a brown goatee, and a naked tail with a puff of orange fur on the tip. He can harness Super Squanchy’s powers when he drinks the green liquid from his tooth.

Summer Smith is the sister of Morty and the granddaughter of Rick. She dearly loves and idolizes her grandfather. Though she is not scientifically intelligent, she always wants to go on missions with Rick and often becomes jealous when Morty is chosen to go instead.

She is an average teenage girl obsessed with her dog and social media. Summer marries Hemmorage, the Mad Max knockoff in the Post-Apocalyptic World, where she is also a warrior in the Mad Max-themed episode.

In one episode, Morty disobeys Rick and floats out into space, where he encounters the first snake in space. This snake bites him, and Morty kills it. They find the Snake Planet after that and realize the snake Morty just killed gave hope to all of his snake people.

Morty then tries to replace the snake with one from the earth. Things don’t work out as planned. They also meet the jazz snakes in this episode. The snake world mirrors the earth in history. Snake Hitler was even a thing.

While on Forbodulon Prime, Morty takes a Death Crystal in the hopes of seeing his future death and changing it to what he wants; to die of old age with the girl he loves, Jessica.

However, instead of dying with Jessica, the vision of the future that he sees is Jessica telling an old man she loves him as he lies dying in bed. The man in the vision is just a hospice patient, and Jessica is a hospice nurse. Morty dies alone and is sad.

Question: What is the Most Valuable Rick and Morty Pop?

Answer: Surprisingly, it’s Roy Parsons who is the start of the game Roy: A Life Well Lived! However, many of the other Ricky and Morty Pops come in a close second place.

Question: When did Rick and Morty First Air?

Answer: This hilarious and vile show began on December 2, 2013, with the pilot episode “Ricksy Business.”

Question: Which Rick and Morty’s Pop is the Rarest?

Answer: This one is tough because a handful of Pops is difficult to find, but if you try hard enough, you can find them! I believe in you. The Rick and Spaceship #34 Pop is rare, at least in this dimension.

In conclusion, Rick and Morty are fantastic multidimensional weirdos. The band of friends and enemies in Rick and Morty is one of the most unique groups of stranglings television has ever seen.

They truly have created something for everyone; pickles and rat skeletons, large seeds in the bum, crazy aliens, space snakes, and then there’s Mr. Meeseeks. I have loved this show from the very beginning.

My love for it has outlasted any relationship I’ve had. Not sure if that’s good, but it probably isn’t in this galaxy! I hope you have enjoyed my article. Now, it’s time for you to go shopping! 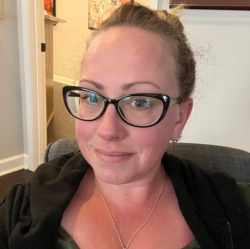 Katie Downey
Kaite Downey has been collecting collectibles ranging from old Muppets stuff to antique vehicles for years. A big fan of the original Ghostbusters, Muppets, Grease, Heathcliff, lots of old movies, and even some antique furniture, the collecting never stops!