If we ignore Phantom Planet, I would argue that Danny Phantom is the best childhood show of my generation. Honestly, I still rewatch it at least once a year, and when I see merch and collectibles in stores can’t help but buy them!

Usually, Danny Phantom collectibles aren’t hard to get your hands on. They’re also generally not expensive. However, this all changes with the Funko Pops. There are three total, each a special edition that you can’t find in stores (two you never could.)

With this guide, you’ll learn all about these three Funkos, where to search, how much they’re worth, and alternatives for those just wanting to show off the PHANdom!

I’m going to be honest with you. The Funko Pops are very expensive and insanely hard to find. The most accessible and most budget-friendly is Danny. However, if you can splurge, Ember McLain is at the top of my Funko ISO! However, tons of alternatives are included in this guide for my fellow PHANS!

Much More Unique Than The Average Guys

In a hurry to save the world from the Ghost Zone? Here are quick links to the top Danny Phantom figures!

Fans couldn’t pick what Funko they were in a lottery for, leaving people to get figures they didn’t care for, taking these away from the committed fans. We know that these NYCC exclusives are limited in numbers but aren’t sure how many precisely exist.

There are two variants of Danny Phantom. The target exclusive’s sticker has a blue 2020 Fall Convention, which usually resells for $60-68, making it safe to assume a fair amount of these in circulation.

The second variant was available to those that attended the convention in person. This Danny Phantom’s sticker was red and said New York Comic-Con. It’s safe to assume there are fewer available as they resell for closer to $110.

Those who could attend the conference in person also could get the figure signed by Butch Hartman and David Kaufman. Unfortunately, these rarely go up for sale, and it’s unknown how many exist, but on the rare occurrence that one does pop up online, it usually goes for $230-$300, depending on condition.

Resell sites like eBay are the most accessible place to find Danny for the lowest price. However, he sometimes pops up at local collectors’ shops. If you desperately need Danny in your collection, he is on Amazon for $94.

Ember McLain was a part of the first series of NFT Funko collectibles in 2020. Unfortunately, only 1550 of her are available, making her a Legendary funko pop. The community goes back and forth over whether or not all 1550 have been claimed, but the Nickelodeon NFT card packs are entirely sold out.

I’ve never had the honor to see this Funko in person, as it rarely pops up for sale. Currently, it’s going on eBay for around $1000, but it has sold for as low as $450. Unfortunately, these are the only two that have hit the resell market, so their value is pretty up in the air.

Like Ember, Vlad Plasmius was in the first series NFT 2020 collection. Also, just like Ember, only 1550 are available, and it is unknown how many are claimed. There was a 1.72% chance of getting a Legendary card to claim Vlad, Ember, and two other figures from this series. Vlad ranges between $500 and $1000 and has only popped up a handful of times on eBay so far.

I think it’s a missed opportunity that there isn’t a Box Ghost Funko Pop, which led me down the rabbit hole of custom Funkos. Custom funko pops exist for those whose fandom doesn’t have figures. I personally collect Taylor Swift custom funkos, and the process of searching and working with the artists has always been a positive experience. Fans have even gone as far as to design their own Danny Phantom funkos to use as concept art when working with an artist.

Customs are created by taking a common figure and repainting it to look like the desired product. Most even digitally design box art for the figure to make it fit right into your collection. The best place to fine these artists is through social media like Instagram and Twitter and local artist shops like Etsy.

Look up “custom funko pops” on these sights to find artists with design styles similar to what you’re looking for, and message them to inquire about a commission. Depending on the artist and design, the process can take weeks to months.

While the world of Danny Phantom funko pops is competitive and hard to find, the merch is still readily available. Some places are even still producing new items for the phans! Below are my favorite places and things in my personal collection!

As I’m sure my fellow nerds here know, BoxLunch is a promise land for hundreds of different fandoms. Danny Phantom is no exception. In fact, they still produce new products every now and again!

New items still come out occasionally and can be found online and in stores. However, I often have trouble finding anything besides that t-shirt (y’all know the acid tie-dye one). It’s hideous.

Amazon lacks when it comes to unique options, but it is the quickest and easiest way to get old merch that isn’t carried in stores anymore. It’s best for simple things like old games, stickers, and pins!

While more rare items sell out quickly, you can usually find official merch that is old/discontinued, such as the Gameboy games.

While Etsy is a great place to have custom Funkos made, it is also my favorite place to search for custom merch. I love having something that shows my love for a fandom, but in a unique way that only a few people own. Etsy merch also is usually a lot more subtle and wearable in my everyday life than alternatives.

Etsy has one-of-a-kind merchandise created by die-hard members of the phandom. In addition, this option supports local/up-and-coming artists, some of which are willing to work with you to design your dream merch!

However, inventory often changes as the artist supplies change and the prices vary based on quality and skill level. Shipping and handling also can take up to a few weeks if your item is more complicated to make.

Question: What is a NFT Funko Pop?

Answer: Throughout the year, Funko will sell non-fungible tokens (aka NFTS) as virtual cards of popular and, in some cases, special edition figures. If you’re lucky, you will be able to win a physical Funko.

Question: How do I get a NFT Funko Pops?

Answer: Create a Droppp account and be ready with your credit card at the announced time for the next launch.

Question: What are NYCC Funko Pops?

Answer: NYCC is a virtual con for Funko Pops and a part of the New York Comic-Con. Special edition Funkos are created in limited quantities, and attendees have the opportunity to get these rare figures. They launch at 6 am online and with their shared retailers.

Question: How do I get NYCC Funko Pops?

Answer: During the event, you will log into the site that sells the figure you’re hoping to obtain, and you will be in a virtual waiting room so that the Funkos are sold on a first-come, first-served basis.

But, until then, you can have fun searching for the scarce ones! But, if you’re feeling creative (or impatient, because, same), consider creating custom Funko Pops! Choosing one of the fantastic creators online will allow you to support artists and have a one-of-a-kind figure!

If You Like Danny Phantom, Check Out These Fandoms! 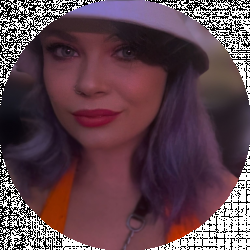 Teryn Greenway
Teryn is a content writer, screenwriter, and avid collector. She comes from a family of collectors. She collects different things from Eevee plushies to Taylor Swift vinyl records. Her all-time favorite thing to collect is Pokemon memorabilia. Some of her prized collections are card collections, video games, Pokeball replicas, and model kits. She enjoys filling her home with things she loves.