My Hero Academia is one of the series I’ve been following for years, and I mean years. Every week Shonen Jump’s Manga Plus has a chapter. I sit down to read it. It’s been one huge adventure with many ups and downs. Some characters I liked, some characters I didn’t. The anime was only something I watched marginally.

I didn’t really see any need to when I already knew the story from the manga, but I’d be lying if I said watching clips on YouTube wasn’t a guilty pleasure. The series has amassed an insane amount of love and popularity over the years, earning it quite the slew of merchandise, including but not limited to figurines. So I made this guide which should help you decide which figurine is the best for you and how to find one that is.

The best My Hero Academia on the market is the World Heroes’ Mission – Izuku Midoriya, Bandai Ichibansho Figure. It has a fantastic design, using the darker outfit from the World Heroes Mission Movie. The price of the statue is a bit much, and they certainly could have posed it better, but having Midoriya tug on his gloves is a decent enough reference that I don’t mind too much.

My Hero Academia’s third movie was quite the wild ride. The animation was stellar, the plot less so when you realize it’s about literal high schoolers dealing with terrorists, but the designs from the movie were some of my favorites. They had a darker color palette that my inner-edgelord just loves, and Deku’s is my favorite of these variants.

There’s a sense of grim determination with it that we hadn’t seen until some of the most recent arcs of the manga. However, I do think this design works far better than some of the author’s own work.

This is the Todoroki figure that was made to go alongside the Deku figure above. It’s a fantastic figure with quality to match the above Deku figure. This makes it a perfect companion to the Deku figure, making it great for a collector who wants to make a large set,  and even if you don’t want to get them all, the figure looks good on its own.

Tomura Shigaraki was one of my favorite villains from Anime & Manga. I really liked the way he seemed to adjust and change alongside our protagonist. It was a really cool idea for a shonen villain that made him more threatening than the usual fare. It also lets him appear early on in the story, so Shigaraki has a strong presence within the audience’s mind.

It’s a little hard to believe it took me till the fourth entry to finally cover Bakugo, whose consistently the second most popular character in the series. The figure does Bakugo justice with quality detailing that captures the look of the anime. It translated the 2D look wonderfully into the third dimension, which is something I have to give them credit for.

No need to fear because All Might is here! This All Might figure is one of the best. It’s the deflated, emaciated form of All Might from when he fought All for One after rescuing Bakugo. It’s a scene that gets right to the heart of All Might’s character when he burns up all the vestiges of One For All to stop the big bad and save those standing behind him.

In my personal opinion, which we all know is 100% true and correct about everything, Aizawa doesn’t get enough love. He’s the teacher of Class 1A. The guy who taught Deku a fundamental lesson about managing his power in a way that won’t break every bone in his body. He’s a cool dude with a cool power! Give him the recognition he deserves with this figure.

This figure is a bit unique. Rather than trying to look cool like most figures, this one tries to capture a nice chill atmosphere. I think it does that very well, snagging that feeling when you’re in between arcs, and you get something nice and chill to slow things down. It’s a moment I think we all need as the manga rushes towards it’s final battle.

Mirio Togata, better known by his Hero Name, LeMillion, was a great character. He existed to show the gap between the first years and their third-year seniors, but also as a moral role model. He showed Deku what a One-For-All candidate should look like and how they should act. Even making our protagonist understand the consequences of such dedication.

Endeavor is a bit of a divisive character within the My Hero Academia Community. He’s done some bad things in the past, but I can’t get past how well Horikoshi designed this dude. The fact that he uses his quirk constantly to light his beard and costume just works so well when designing a figure.

Answer: Amazon is a really safe bet when you’re in the market for figures, but I’d also take a visit to Crunchyroll’s online store. They sell a lot of things and their prices tend to fluctuate less than Amazon. Use them both to ensure you’re getting the best deal possible.

Question: Which Toy Would Make the Best Gift for my Child?

Answer: The toy that would make the best gift is probably the Ichiban – My Hero Academia, The Movie World Heroes’ Mission – Izuku Midoriya, Bandai Ichibansho Figure. It’s a good genric figure that doesn’t have anything someone should find offputting. It’s a respectable figure of the main character, which should be popular enough.
My Hero Academia has a LOT of characters, so I do recommend doing some investigating into what’s the recipient’s favorite character so that you can buy a figure of them to give as a gift.

Question: When did My Hero Academia Start?

Answer: The manga for My Hero Academia first started July 7, 2014, which is longer ago than I first expected. It makes me feel kind of old.
The My Hero Academia anime started April 3, 2016.

My Hero Academia is one of the most popular modern animes. It has a humongous cast and even more figures. I spent a lot of time browsing the entire selection, and could tell that some major stinkers were tossed into the pile. The fluctuation in quality means you need to know what you’re doing as you shop. Otherwise, you might end up buying disappointment rather than a gift. Still, there are a lot of amazing figures. I’ve even marked a few on this list to buy later.

What you really need to know when shopping for figures is to pay attention to the detail on the figure’s surface. Does the fabric have waves and ripples where they should be? Is it availabile to you so you don’t return only to find it sold out. Finally, serialization really is a thing that only pertains to collectors. If you’re just looking for a single figure, then pay no heed, but if you want more than one, be sure to check the manufacturer’s section on Amazon to browse their specific selection. 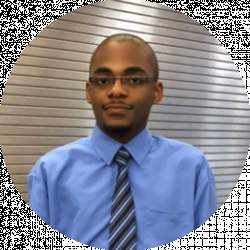